It is tempting for those who have made it through an Ibogaine treatment program to conclude that their problems are over. Getting help for an addiction is a great achievement but it is not the end of the story. It would be fairer to say that the real work begins after the initial treatment period. This is why it is generally agreed that some type of aftercare is required, particularly during the first couple of months of recovery.

Patients frequently state that Ibogaine allowed them to clearly see the truth not only about themselves but also the situation where they have come from. This allows them to forgive themselves and others, thus allowing them to be freed from the past which has created painful subconscious beliefs and emotions which drove them to destructive behavior in an effort to quiet and soften those emotions.

Just as importantly, patients also report that the truth that is revealed to them by Ibogaine is also the truth about the beauty of their future, without addiction.

These truths and the forgiveness that accompanies them and this vision of the beautiful future that awaits them frees them from the need and desire to medicate painful emotions – because they no longer exist, and motivates them to stay addiction free; having seen a vision of the future which is theirs, free of the corruption and enslavement of addiction.

The Risk of Relapse

Up to 50% of those who make it through an Ibogaine treatment program will later relapse. Those who relapse may never get another opportunity to recover. This is a depressing fact, but the good news is that relapse is preventable. The highest risk of relapse is during the first 60 days following discharge from treatment. Aftercare increaes the success rate to over 95%.

Professional massage and Reiki master for total relaxation and healing. 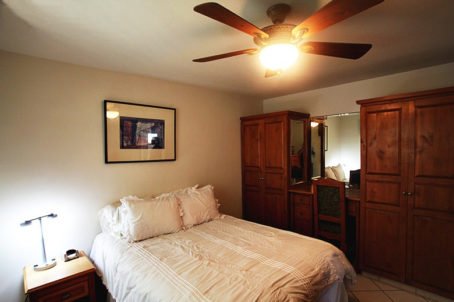 RELAX IN YOUR PRIVATE LUXURY SUITE

Relax in your private suite and Psychological Counseling Sessions..
“The attention they gave me: it's great!   it has been an unforgettable experience, the good treatment, the doctors and nurses so professional and the place near the beach, have allowed me to rediscover myself again. Spiritually I have returned to full happiness and with my family.  Total Thanks.
SEBASTIAN M.User - Ontario CANADA
“First of all hands off to you guys for your effort and nice, professional approach of this global and destructive problem as it is drug addiction in our loved ones.The desperation I felt every night that my son did not return to sleep, had me sick and on the verge of collapse. I finally found this prestigious professional group, who methodically managed to return happiness to the family. My son does not use drugs anymore!”
ELIZABETH A.Mother - London UK
“My experience with Ibogaine was one I will never forget. At first I was afraid; I did not know what to expect, but what did I have to lose? Nothing.  I could not stop using drugs. then, one day take the determination, after having used several protocols against drug addiction: Believe me that I feel spectacular, without that feeling of requiring drugging and I am more productive.  This really change my life.”
GEORGE S.User - California USA