We now offer a 1 week and 2 week Ketamine Infusion Program in addition to our Ibogaine Treatments.

Ketamine has  been proven to be extremely effective in treating Depression, PTSD. Trauma and many many more Psychological Disorders.

A ketamine infusion involves two distinct aspects. First, there’s the technical IV procedure performed by the doctor. Second, there’s the sensation you experience during the infusion. We’ll explain both.

Call or message us with any questions you may have and to reserve your Treatment.

Getting a Ketamine infusion is a procedure, however it is not the same type of procedure you have going to a surgeon or dentist. Because the procedure only involves an IV (and of course the Ketamine itself), the risks are drastically lower than a surgery wherein you are purposefully unconscious to prevent pain and movement. Ketamine is so safe that anesthesiologists frequently use much higher doses to put patients to sleep before surgeries. Such doses are often times 4 times higher than what we give . Given much lower doses have been found effective for use in psychiatric disorders, do not worry that the dose is too low either! For psychiatric disorders, less Ketamine is often better and some evidence suggests higher doses may not be as effective.

During the infusion you will be encouraged to get comfortable in your reclining chair. Many people listen to calming music or music that puts you in a positive state of mind. Feel free to bring any family into the room with you, so long as they have a calming presence during this time. Talking and excessive stimulation is often discouraged, especially during the first treatment unless it becomes your preference. If you need to use the restroom, please inform the infusion nurse or psychiatrist so that you may be assisted as needed. At all times you will be able to move and walk; nevertheless, Ketamine can impair your balance, and you will be connected to an IV, so it is important that you ask for assistance before walking. As a side note, while the nurse or physician is in the room to check on you, it is important to let them know of side effects during the infusion like nausea, feeling faintness or headache.

Similar the the quick onset of dissociative sensations near the beginning of the infusion, you will find that these sensations dissipate rather abruptly near the end as well. After your infusion, you may feel groggy. Most times, the grogginess completely dissipates within 3 hours after the infusion and very rarely lasts into the next morning. A similar effect is possible with benzodiazepines such a xanax, ativan, klonopin, valium, and librium.

The wide range of chemical processes that occur in the human brain are very complex and fully understanding them is something that neurobiologists spend their entire lives doing. That being said, here is a very simplified explanation of how Ketamine interacts with receptors and chemicals in the brain to cause (often immediate) anti-depressant effects, even in patients with severe Treatment Resistant Depression (TRD). It’s important to note this interaction is exclusive to IV Ketamine Infusion Therapy where ketamine is given slowly, intravenously, and at a sub-anesthetic dose.

Ketamine is an NMDA receptor antagonist and an AMPA receptor stimulator. AMPA stimulation results in increases in BDNF (brain derived neurotrophic factor). BDNF stimulates the formation of new receptors and synapses (which are vital connections between neurons). Research suggests that a deficiency in these connections is associated with major depressive disorder and other mood disorders, difficulties with sleep, over-stimulation, and focus.

One of the brain’s key neurotransmitters is glutamate, an amino acid found in 80% of neurons. Glutamate influences the formation and number of brain synapses – the vital connections between neurons. Glutamate acts with another important neurotransmitter, GABA, to maintain a healthy, well-functioning nervous system. An imbalance between GABA and glutamate can cause problems, including anxiety, difficulties with sleep, overstimulation, and issues with focus. Imbalance in the glutamatergic system is also associated with major depressive disorder (MDD). Growing evidence suggests that ketamine helps rebalance the glutamate system by acting as a receptor “antagonist.” One of the ways ketamine works is by blocking the NMDA (N-methyl-D-aspartate) receptor, one of three major glutamate receptors. This receptor is involved in synaptic plasticity and memory function, among other functions. A ketamine-induced blockade of the NMDA receptor results in an increase in glutamate. This initiates a cascade of neurobiological events that researchers believe is one key reason behind ketamine’s rapid antidepressant effects.

For the Treatment of Complex Regional Pain Syndrome (CRPS) and Chronic Pain
With Complex Regional Pain Syndrome (CRPS/RSD) and other chronic pain, a process known as central sensitization is thought to intensify pain by increasing the number of NMDA receptors thus amplifying the pain signal. Ketamine’s interference with the NMDA receptor is thought to block and “reset” pain signaling, providing relief where other treatments have failed. By blocking the NMDA receptors of peripheral nerves, peripheral nerve pain transmission is intercepted before reaching the spinal cord and brain. This allows for “rebooting” of central pain centers and desensitization to peripheral pain signals.

Our Full Ketamine Infusion Therapy Treatment consists of a 2 week stay at our luxury ocean facility.

The cost for the Ketamine therapy including private suite, gourmet meals and more is $5,500 .

The reason why Ketamine is so effective is because Ketamine is an NMDA receptor antagonist and an AMPA receptor stimulator. AMPA stimulation results in increases in BDNF (brain derived neurotrophic factor). BDNF stimulates the formation of new receptors and synapses (which are vital connections between neurons). Research suggests that a deficiency in these connections is associated with major depressive disorder and other mood disorders, difficulties with sleep, over-stimulation, and focus. 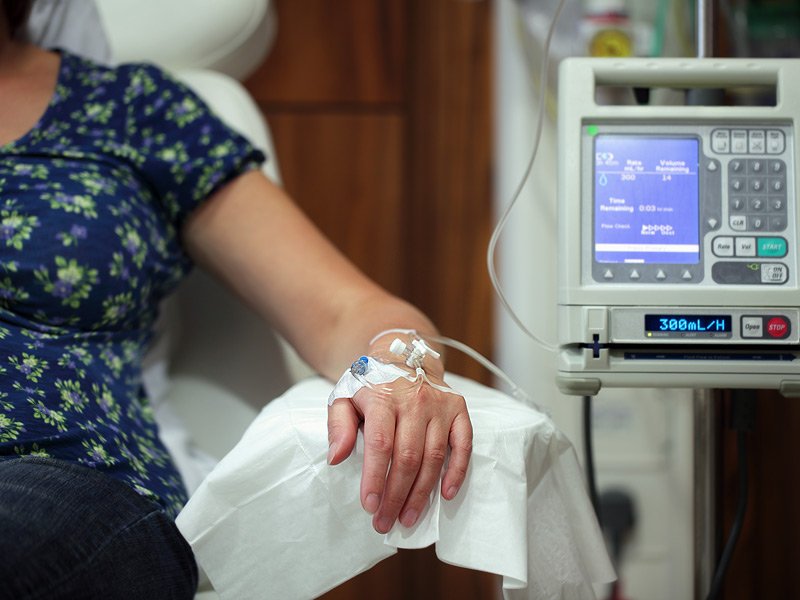 During the infusion you will be encouraged to get comfortable in your reclining chair. Many people listen to calming music or music that puts you in a positive state of mind. 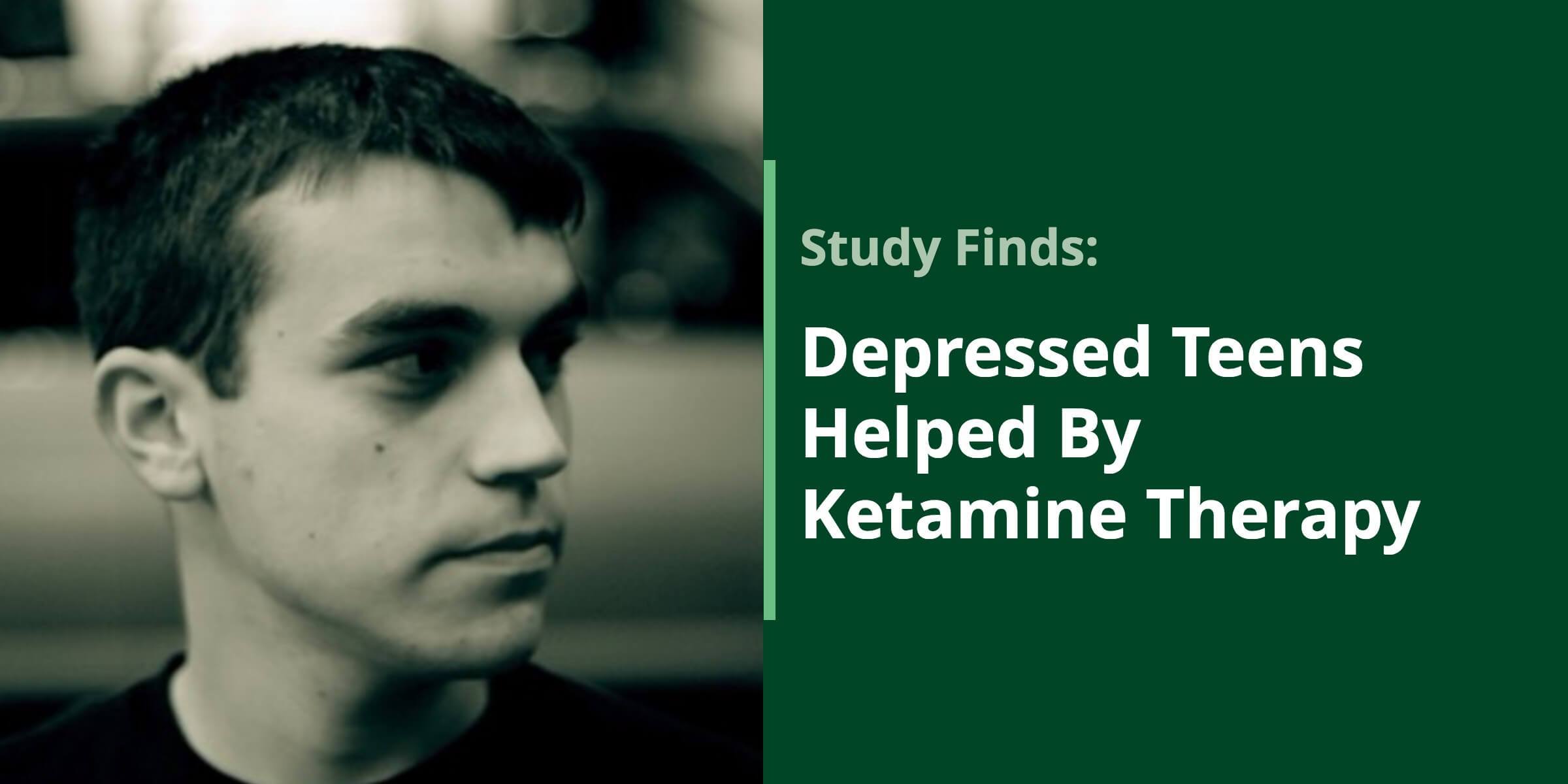 One of the ways ketamine works is by blocking the NMDA (N-methyl-D-aspartate) receptor, one of three major glutamate receptors. This receptor is involved in synaptic plasticity and memory function, among other functions. A ketamine-induced blockade of the NMDA receptor results in an increase in glutamate. This initiates a cascade of neurobiological events that researchers believe is one key reason behind ketamine’s rapid antidepressant effects. 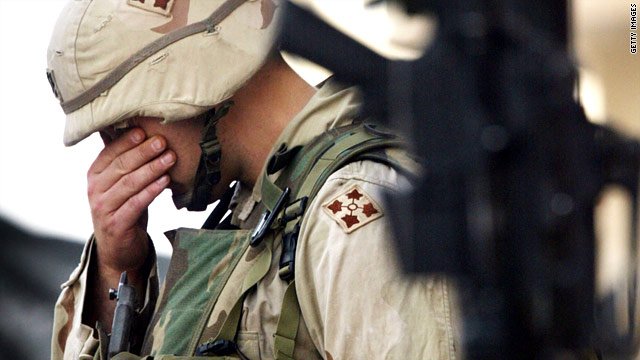 Ketamine has now been introduced as a new alternative treatment for those that have not responded well to other options for PTSD.    One huge benefit of Ketamine infusions over oral medications is that if an individual is going to respond positively to Ketamine, he/she will notice an improvement in his/her symptoms within hours to days rather than weeks to months.  Research has shown that even a single infusion of Ketamine (over 40 minutes) can cause a rapid decrease in PTSD symptoms (Feder 2014) and if an individual is going to respond to Ketamine infusions, both the patient and the physician will know after 1-2 infusions.  This allows the patient to quickly determine if Ketamine is a viable treatment option for them without wasting excess money, time, or suffering any long-term medication side effects.  If a patient does respond, as most do, a series of 6 treatments over 2-3 weeks is performed. Ketamine is a viable option as a way to avoid  side effects and also provide a faster relief of PTSD symptoms.  To achieve optimal symptom reduction, we recommend combining Ketamine infusions with psychotherapy. 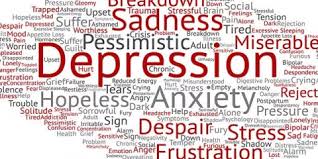 Ketamine is a new treatment for several psychiatric disorders including: Major Depressive Disorder, Bipolar Depression, Postpartum Depression, Obsessive-Compulsive Disorder (OCD), and Posttraumatic Stress Disorder (PTSD). Ketamine was originally FDA approved for anesthesia but is now frequently used off-label due to its positive effects on the various disorders listed above. PTSD is an interesting disorder in that it has become more and more common but medical treatments overall are still lacking. This makes Ketamine an even more intriguing option when comparing the options presently available.

Those who do go on to develop PTSD typically will have one or more of the following symptoms that can be successfully treated with Ketamine Therapy:

traumatic nightmares
flashbacks taking them back to the event
distress after exposure to traumatic reminders or stimuli
hypervigilance/hyperarousal
avoidance of certain thoughts and situations
negative thoughts and mood including shame, despair and depression.